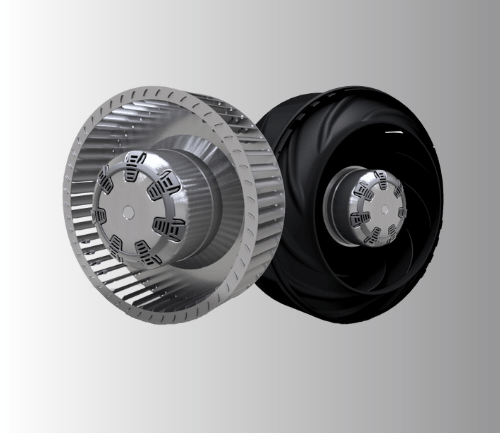 The difference between a forward and backward curved fan

The difference between a forward and backward curved fan is based on the rotation of the impeller.  Depending on the application, one type may be better suited to it than the other.  Here, we’ll explain how they work and what they can be used for.

What is a forward curved fan and how does it work?

A forward curved impeller is characterised by a relatively large number of shallow blades facing the direction of rotation.

For this type of impeller, flow from the impeller is produced in a tangential direction.  The forward curve of the blade imparts kinetic energy to the air requiring a scroll housing to convert the kinetic energy into static pressure. For any given constant speed, the input power characteristic increases as flow increases from zero to maximum.  At higher flow rates, care must therefore be taken that the load presented by the impeller does not exceed the rating of the driving motor.

What applications can a forward curved fan be used for?

What is a backward curved fan and how does it work?

For this type of impeller, flow is produced in a radial direction because the impeller develops static pressure across the longer length of blade.  On the front side of the blade a positive pressure is generated pushing the air outwards and on the reverse side of the blade a negative pressure is generated.  This negative pressure draws air in to the space so that the front side of the following blade picks this air up and pushes it outwards.  It can therefore be used with or without a scroll expansion housing, combining a fairly steep pressure characteristic over the normal working range with a power characteristic which does not overload the drive motor at higher flow rates.

What applications can a backward curved fan be used for?

Backward curved impellers are typically suited to higher efficiency, higher pressure applications where overall system efficiency is a key factor or where a scroll housing is not required.

The differences between backward and forward curved fans.

A forward curved impeller is mainly characterised by a higher number of shallow blades facing in the direction of rotation and can be a single air inlet variety or wider double inlet type. Backward curved impellers have a lower number of longer blades, generally facing away from the direction of rotation but can in some instances curve in both directions (often termed as backward curved – radially tipped).

Backward curved impellers require higher running speeds compared to forward curved impellers but, due to the pressure development mechanism, operate at higher efficiency.  They are therefore particularly suited to being driven by high efficiency EC motors which are not tied to the lower running speeds of AC induction motors.  This type of solution generally makes for the highest efficiency motor and impeller combination.

Torin-Sifan have been manufacturing forward and backward curved products since their inception.  We not only provide ‘off the shelf’ impellers, but we also offer customised solutions. Options available can vary from plug type and mounting hole position to fully bespoke designs for specific applications. So whatever your requirement, we will try to accommodate your needs. 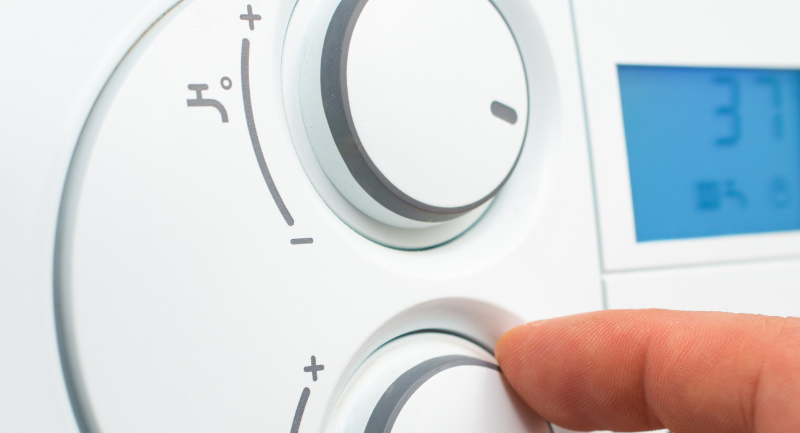 A Fan for a Greener Solution

At Torin-Sifan, we pride ourselves on the ability to meet our customer needs and create tailor-made solutions for them. Afterall, […] 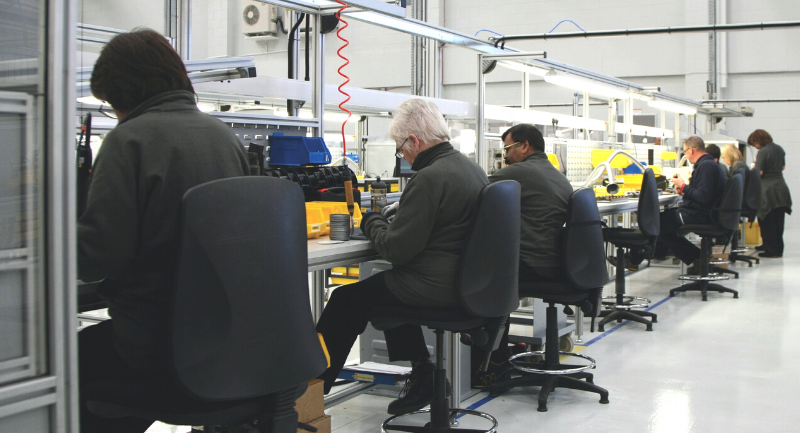 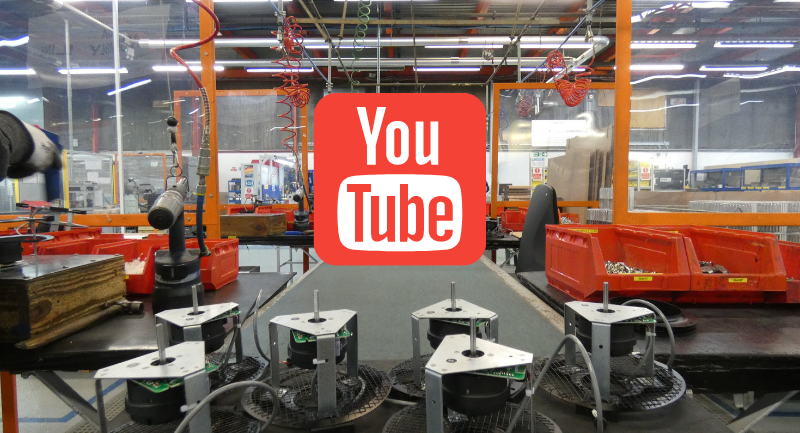